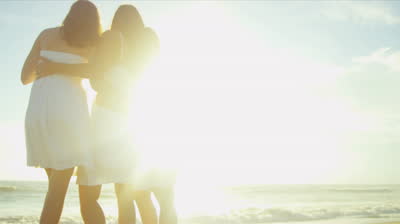 Its’ been a difficult couple days for many students in Katy as we learned early Sunday morning about the tragic death of two young people in an auto accident. Like these things often do, this seemed to come out of nowhere. One minute we’re heading happily toward Christmas and the next we are stopped in our tracks. Hit with sadness and grief.

So, what do we do now? Parents I would ask you to consider giving some redemption to this tragedy by having some tough, but rewarding conversations with your teens.

Talk about the nature of tragedy.

Don’t be afraid to put questions out there like why do you think God allows this kind of tragedy? Emphasize these points of light as you talk:

God is not the author of sin or tragedy. When he finished his creation he declared it “very good”.

Man’s choice to sin has created a curse which has permeated all of creation. John McArthur writes, “Because of Adam’s sin, creation was tainted and cursed. Romans 8:20-22 says, “The creation was subjected to futility, not willingly, but because of Him who subjected it in hope; because the creation itself also will be delivered from the bondage of corruption into the glorious liberty of the children of God. For we know that the whole creation groans and labors with birth pangs together until now.” In other words, because of sin, no part of creation now exists as God originally made it. It “was subjected to futility,” meaning that it was rendered unable to achieve the purpose for which it was originally designed. It was spoiled—defiled by sin, and thus subject to God’s curse instead of His blessing. It was enslaved to corruption and placed in bondage to the debasing effects of sin—including decay, degradation, and death. All creation now “groans and labors with birth pangs”—picturesque language depicting the suffering and pain caused by sin’s defilement. All these things, according to Scripture, are the effects of Adam’s disobedience.”

God can use tragedy to accomplish good. Romans 8:28

Our suffering will pail in comparison to His eternal glory. Romans 8:18, 2 Corinthians 4:17

A day is coming when suffering will cease and God will judge all evil. Matt. 13:47-50

Provide a safe place to question and cry.

This may mean that you have to open the door. You don’t need me to tell you that teenagers are emotional creatures. Even though they didn’t know the students personally, or have even met them, sadness at the very thought of losing someone close to them, or being involved in such a tragedy can shake student. Offer you attention and intellect to your son or daughter for whatever they may want to talk about or cry over. Knowing they can come to you without you thinking they are silly, over emotional or a wimp is huge.

Talk about choices and decision making.

Finally, challenge them to be ministers of comfort.

We talked about this briefly Sunday morning in our large group, but you can and should continue the conversation at home. Challenge your son or daughter to go from needing comfort to giving comfort. This helps in two ways. It’s an act of obedience to scripture. 2 Cor. 1:3-7 calls us to minister the comfort to others, that we have been comforted with by Christ. Any time your student can act in obedience to God’s Word it’s a win. It will also help their grieving. It’s like we were designed to find our greatest joy and healing in taking our eyes and attention off ourselves and onto others when tragedy strikes.

If you have any questions or come across something in your student that you would like them to talk to someone else about please don’t hesitate to call our student minister, Jon Hicks or our staff counselor, Jeff Adams in the church office @ 281-391-1100.